As a Liverpool Football Club supporter, the term ‘Black November’ conjures up images of futile attempts by my team to win the league title in the mid and late 1990s.

We tended to start seasons well back then and talk of a return to our 1980s glory days would abound, but several times during that era November would arrive and we would collapse, struggle for points, and any vague hopes of becoming champions diminished.

That’s what comes to mind for me when I hear the term ‘Black November’. It’s what we called it as fans. For retailers, of course, it has an entirely different meaning.

Mega-discount day Black Friday became ‘Black Friday Week’ a few years back, and that in turn has become Black November. It’s a full month of talking about, promoting, and rolling out an array of deals across different product categories.

It has become the pre-cursor to the traditional festive sales splurge, and, as IMRG data over the years shows, it is actually the peak of the entire final quarter trading period itself.

Total industry online sales used to go up between November and December, now they go down. It’s therefore more than fertile ground for maximising annual revenue, hence all the hype and attention this period attracts.

The thing is, though, this year it doesn’t look so rosy for online retail.

IMRG’s number crunching has resulted in predictions of no annual growth for the clothing market this Black Friday, and the trade body also suggests beauty, home, garden, and electricals to decline by roughly -5% to –7%. The total market outlook for retailers is -5% on last year.

This comes against a sharp fall in 2021 too after the previous year’s pandemic boost, and highlights just how difficult retailers are finding things right now. Made.com’s very public recent struggles, which resulted in the online furniture retailer freezing new orders at the end of October after its efforts to find a buyer for the business failed, are a warning to the industry.

Consumers’ incomes are squeezed as well, with research house GfK saying that consumer sentiment is at record lows as concerns around their financial situation impact their ability to spend on discretionary items.

As ever, IMRG has been engaging with the retailers to get to the bottom of it all – and it asked leaders how they think this Black Friday will go. Out of 118 respondents, 34% predicted Black Friday’s clash with the football World Cup will reduce spend for online retail. Only 9% think the presence of the tournament will increase spend.

The jury is out on what impact it will have.

Joelle Mullin, retail client partner at Awin, says: “Looking at Black Friday in silo, last year Awin saw strong sales performance from 8am until late that night, this year brands will have the World Cup to contend with.

“If relevant, brands will be able to embed the camaraderie into their own marketing campaigns to capitalise on the November event.”

Some 47% of retailers IMRG questioned said the cost-of-living crisis facing the UK will overshadow Black Friday and reduce overall spending in the vital November period, with energy bills, and the price of goods heavily inflated compared to last year.

So, what’s a retailer to do? Karl Stone, head of Voyado UK, suggests some tactical advice.

“Dig out the reports from last year’s Black Friday season to see what worked well and what didn’t,” he notes.

“But keep in mind that the last couple of years has looked very different due to the pandemic. Why not try something completely new this year? Learn from every new initiative by A/B testing.”

Stone adds: “You can test everything from discount percentages to graphics, or maybe our favourite: segmented audiences vs. non-segmented. You’ll learn a lot for 2023 – but that doesn’t mean this year will have to suffer. Perform an A/B test on 10-20% of your audience and deliver the best-performing option to the rest.” 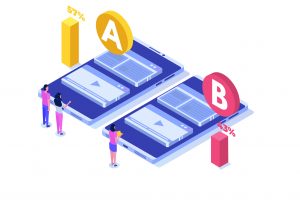 Mark Elward, chief commercial officer at Huboo, comments: “Although the cost-of-living crisis means retailers are grappling with increased operating costs, there’s no escaping that their customers are also being hit by rising prices.

“This means e-commerce businesses are restricted as to how much of their costs they can pass on without risking even the most loyal customer going elsewhere for a cheaper deal. It’s clear that retailers must look for ways to reduce the price point of their goods while maintaining profitability.”

IMRG data shows that marketing campaigns on retailer websites have crept ever earlier into November over the last few years, and Amiee Stroud, business development director at Epsilon, suggests the early bird will catch the worm this time around.

“Retailers must start their promotions early to warm up consumers because this year, buying decisions aren’t going to be spontaneous but more considered and will take longer,” she argues.

“People might look to bring their spending plans forward, replacing items now rather than waiting until next year to take advantage of discounts before the current economic situation bites even harder.”

Stroud advises focusing promotions on “essential household items and products rather than anything indulgent”, reflecting what consumers deem important at the minute.

Continuing on that theme of the power of promotions, Claire Grattidge, senior manager of business management at PFS, says: “Abandoned virtual shopping carts are a common problem for online retailers.

“The run-up to Black Friday is the perfect time to re-engage those customers with some tempting offers. Some consumers actually abandon their cart due to there not being an offer – so why not take their proven interest in the brand and utilise this time of year to win back that brand loyalty?”

Some 43% of retailers responding to IMRG’s questions around this Black Friday period predict the cost-of-living crisis will actually encourage shoppers to seek bargains and, therefore, increase overall year-on-year spending in 2022.

The thinking is that consumers are going to spend at some point this golden quarter – and surely it makes sense that November, when bargains are in abundance, will be that time.

Ed Whitehead, managing director EMEA at Signifyd, says ultimately there are still going to be people shopping in November, “looking for the best deals they can find, whether that’s making the most of Black Friday sales or switching from brand names to generic and private labels, and researching more before they buy”.

Personalised experiences underpinned by a smooth experience at the checkout are key, he adds, “because good CX means good revenue”.

On a similar note, Luke Jones, solutions consultant lead at Esendex, remarks: “Our research shows that consumers will be working harder than ever to make their money go further this year.

“They’ll be using Black Friday to make pre-festive purchases so anything retailers can do to offer genuine reductions and reward customer loyalty in a way that’s personalised should see an uptick in online sales.”

He says: “With shoppers expecting inflation to continue in the coming months, they are looking to spend earlier than ever before and may not stretch their budgets all the way through the traditional holiday selling season.

“So retailers with the best chance of appealing to consumers will roll out their stronger promotions earlier rather than wait until December.”

Despite IMRG’s prediction of a sales decline this Black Friday – (you can read about how IMRG settled on that by clicking here – other organisations are predicting a much more robust trading period.

Sara Richter, chief marketing officer at Emarsys, says her company’s research showed that 22% of consumers will increase their spend this Black Friday, with the discounts the main motivator for 27% of them. 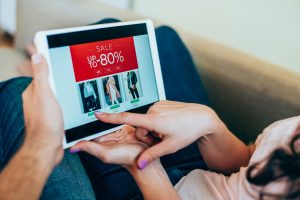 “This represents a huge opportunity not only monetarily, but also in terms of collecting the data needed to create and execute meaningfully personalised campaigns,” she explains.

“Every shopper has different preferences; without the data to understand that, retailers are likely to get lost in the noise of pre-Christmas retail. Brands need to be able to engage with customers on their channel of choice, and personalise every interaction, to maximise customer loyalty and retention.”

The final word, though, goes to Francisco Gomes, senior consultant at Sovos.

“In the midst of a cost-of-living crisis, and with Christmas just around the corner, retailers will have to step up their game when it comes to their Black Friday campaigns,” he states.

“Whilst some consumers might be inclined to take advantage of the bargain opportunity, some might already be weary of the electricity and gas price rises. With winter arriving shortly the problem will only worsen.”

That’s this Black Friday in a nutshell. There will be some customers not willing to engage like they have in the past, but there will be others looking to leverage this period for the bulk of their festive spend as they seek more for less. There is certainly opportunity.

And as for the World Cup impact on retail, no-one really knows. It will interrupt the domestic football season, reducing the chances of another Black November for Liverpool, but what it does to consumer spending at retailers is the great unknown because it has never been a consideration at this time of year before.