M&A In eCommerce:
What Next?

Online fashion houses, Asos and Boohoo, led much of the eCommerce merger and acquisition (M&A) activity earlier this year, picking over the remains of Arcadia and Debenhams after their respective administrations.

Meanwhile in the beauty world THG took on Cult Beauty, and Feelunique was swooped upon by Sephora, setting up the major pure-plays in that sector of UK retail for an interesting battle in the year ahead.

These digitally-focused retailer and brand deals came alongside some major M&A activity on the supplier side; for example, Square’s deal to acquire Afterpay, Klarna’s recent spate of takeovers, and rumours PayPal is eyeing Pinterest as a potential stable mate.

There’s lots going on, and there is likely more to come, according to global consultancy Kearney, which claims the consumer goods and retail M&A market reached the end of a period of decline in 2020 and there will be a hike in activity going forward.

While talk of takeover at Morrisons and Asda, for example, was rife for a concerted period of time before these businesses were snapped up, M&A in the digital world can often take you by surprise – no matter how closely you monitor the sector.

It talks to the fast-moving world of digital retailing. New ideas and approaches can quickly build traction in the market – with both retailers and consumers – creating an unexpected buzz and casting a spotlight on previously unknown companies and sectors.

Rory O’Connor, founder & CEO of delivery management software provider Scurri, says “consumer preferences and attitudes are continuously shifting, and as more and more customers have moved to the online marketplace, investors have had no choice but to notice this”.

Reflecting on what was a watershed moment in February, when the two former store-based titans Topshop and Topman became online-only under the ownership of Asos, O’Connor says such a move would have been difficult to believe just five years ago.

“If Covid has taught us anything, it is that a lot can change in the commerce space over a short period of time and the increase in M&A by online platforms only confirms this,” he notes.

For example, five years ago it would have been difficult to imagine the Marks & Spencer-fuelled Ocado Retail joint venture. And with that relationship blossoming, Ocado has opted to focus on grocery and sell its pet supplies business, Fetch, to Pet-Supermarket.co.uk owner Paws Holdings.

Meanwhile, amid the growth of the home and garden category in the pandemic, Joules acquired sector specialist Garden Trading. The two companies seem a good match in terms of culture and target customer, but would Joules have made the move if the garden category hadn’t boomed in recent months?

M&As in the retail ecosystem are all about the timing.

Mel Tymm, industry principal at Maginus, an eCommerce and fulfilment technology company, says the M&A activity in retail is also seeing like-for-like competitors “swallowed up as brands looks for innovative ways to grow their customer base, reach new demographics and gather information on buyer behaviour. While five years ago acquisitions only occurred if a brand was on the brink of collapse, today it has become a common, strategic business model – and a very successful one at that,” she explains. 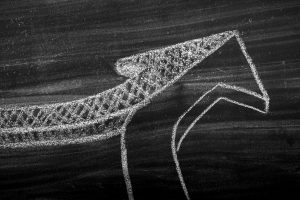 “Taking PayPal as an example, digital brands are eager to acquire the data of other organisations – rather than their product or solutions – in order to gain insights on the consumer and further grow their enterprise.”

Kevin Edwards, global strategy director at affiliate marketing network Awin, cites the comparison website market as an example where businesses are acquiring other companies to branch out into new spaces.

“Increasingly companies that have a particular focus on one speciality or focus on a specific part of the customer eCommerce path, are snapping up businesses that help build out their consumer propositions,” he states.

“In October the popular cashback site Quidco, which claims to have more than ten million UK members, was acquired by price comparison site Moneysupermarket, who cited a desire to provide households with “an even more compelling savings offer”.”

Edwards adds: “Capturing as much of the consumer journey as possible appears to be central to this move as they build services at point of discovery and, with a cashback incentive, point of purchase.

“This acquisition comes eight months after Future snapped up GoCompare, who are also expanding their price comparison capabilities beyond products and into services.”

In a world where space travel innovation remains a key focus, the rise in automation in the workplace continues at pace and where the biggest companies by value are technology businesses, much future retail-related M&A will surely be tech-driven.

Indeed, Christophe Pecoraro, managing director at eCommerce solutions provider PFS Europe, says: “As we build up to another peak, omnichannel and personalisation services will be a two-fold differentiator for retailers and brands looking to put feelers out with M&A activity.”

Tymm adds: “Moving into 2022, it seems that social commerce will be the next big focus, as social media channels become the new platform through which retailers can access and sell to their buyers.

“In fact, we may start to see more M&As between social media giants and eCommerce brands as the industry reacts to the new ways that younger generations want to buy their favourite products.”

Brad Houldsworth, head of product at Remarkable Commerce, an eCommerce platform provider, says: “From a technology point of view, we continue to see an oligopoly – especially considering the continued introduction of new trends and technology crazes. I believe in the coming few years we will begin to see acquisitions become favoured over mergers, simply because we are seeing a rise in ‘best-in-breed’ technologies, not large monolithic solutions with a vast functionality list.” 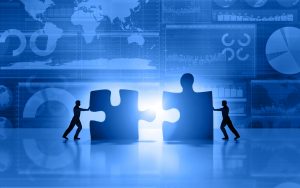 With some retailers remodelling into marketplaces, as we’ve referenced on these pages before, and others – such as Next and The Very Group – ramping up their tech infrastructure to support the digital ambitions of third-parties, might this affect M&A too?

“As well as buying their competitors, we may begin to see more retailers acquire technology businesses,” notes Houldsworth, who says such a move “is typically CapEx-d” and would give them “an additional tangible asset to bolster their P&L”.

Notably, the likes of Nike, McDonald’s, and Walmart have all made technology company acquisitions in recent years, as they continue to develop their digital propositions.

With M&A in retail, one unexpected event leads to another – therefore making predictions about what’s next a tricky business.

One thing that appears certain, though, is the coronavirus pandemic has shaken the market up, increased technology’s influence on retail, put new brands in focus, and long-running organisations under threat – and that makes for a volatile M&A landscape.